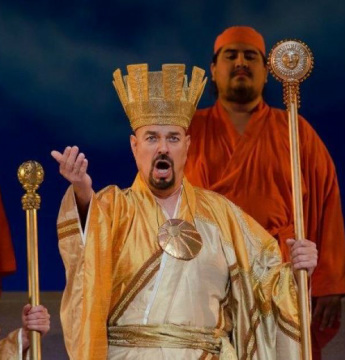 As Sarastro, THE MAGIC FLUTE Photo: Mark Matson
American Bass, James Moellenhoff, has established himself as one of the most sought-after basses of our time. Hailed for his sonorous voice and dignified, moving characterization of roles such as Gurnemanz in Parsifal, Boris Godunov in Boris Godunov, and Zacharias in Nabucco, he is equally well known for his comedic gifts in roles such as Osmin in Die Entführung aus dem Serail and the intensity of his villainous portrayals of Hagen in Götterdämmerung and Sparafucile in Rigoletto.

James Moellenhoff has performed at many of opera’s most prestigious houses with numerous preeminent conductors. In 2007, he made his Royal Opera Covent Garden debut as Hagen under Maestro Antonio Pappano. The same year he performed König Marke in Tristan und Isolde in Montreal with Maestro Kent Nagano. In 2008, he reprised his acclaimed portral of Hagen in Götterdämmerung at the Swedish Royal Opera in Stockholm. He also appeared with the Deutsche Oper in Berlin to sing Sarastro in Die Zauberflöte. In an internationally praised Giancarlo del Monaco production of Manon Lescaut, he sang Geronte under the baton of Riccardo Chailly. In 2009 he guested as Hagen in Götterdämmerung in Lisabon. 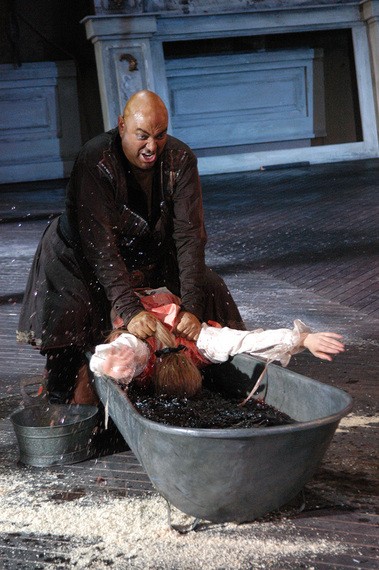